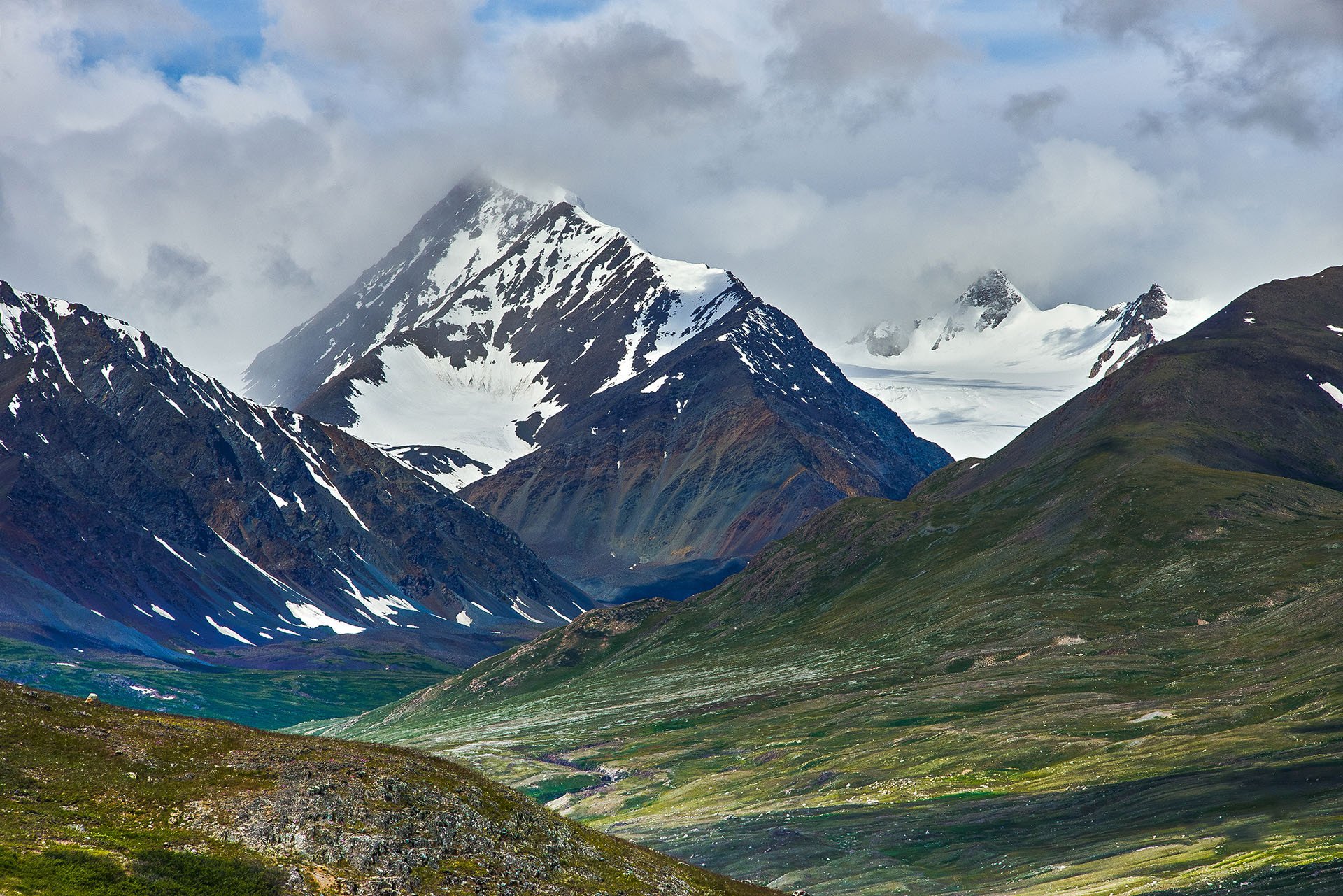 In 1956, mountaineer have climbed 4374 m high “Khuiten peak” since then over 1200 foreign and Mongolian mountaineers climbed. The five peaks are covered by eternal snow cap.

20 km long glaciers flow in the canyon. There are magnificent river, fast flowing fresh water in the slope of the mountain. In June and July, over 100 kinds of flowers grow, snow capped peaks reflects in the beautiful clear lake, thousands of endangered animals pasture.

The sites of petro glyphs, carved gravestones, cave paintings, deer shrine graphics, archaeological findings, are left from the ancient people was lived in the 3000 BC.

All these marvelous scenery attracts many tourists. One of the Mongolian minority tribe, Khazakh people live in this mountainous area. They hunt with eagles, perform the Kazakhs (khuumii) simulates natural throat singing voice. Many tourists like to go for trekking, to see flowers, exploring Khazakh people’s life and eagle hunting, to see the trace of ancient people like petro glyphs, and the snow glacier. 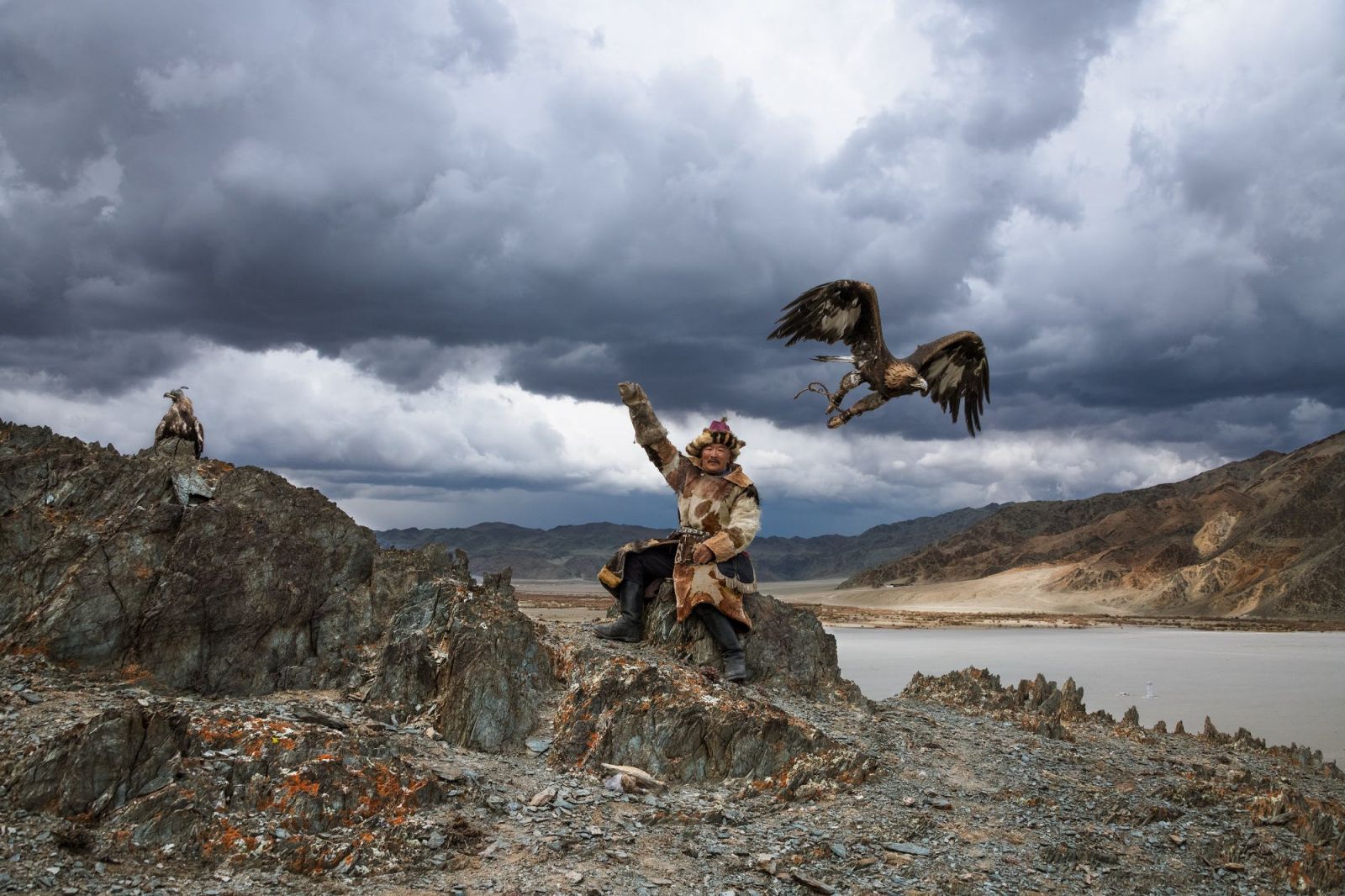 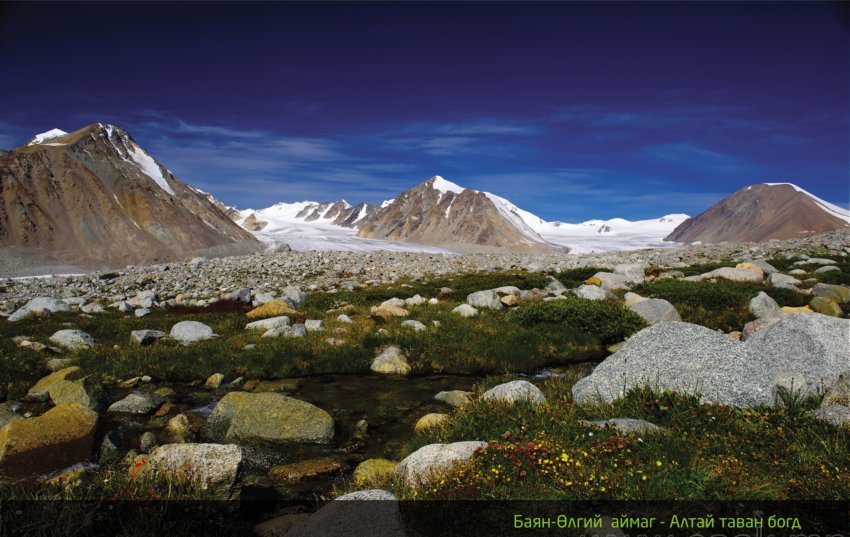 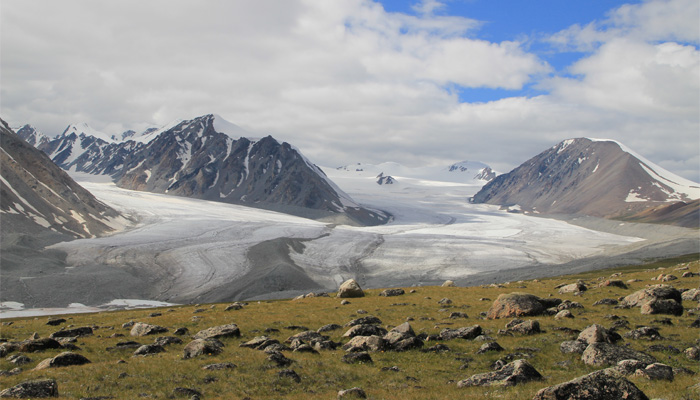 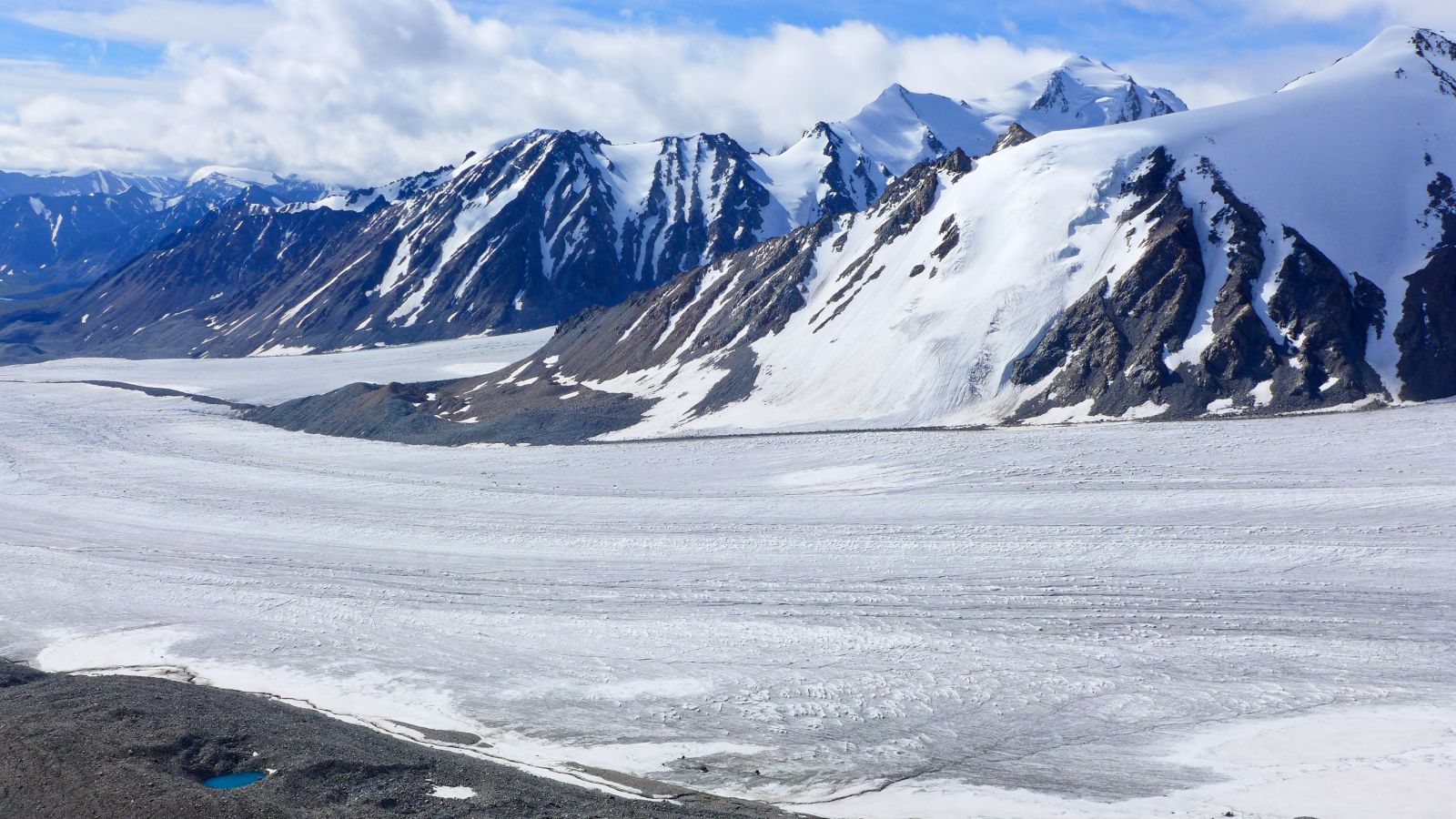 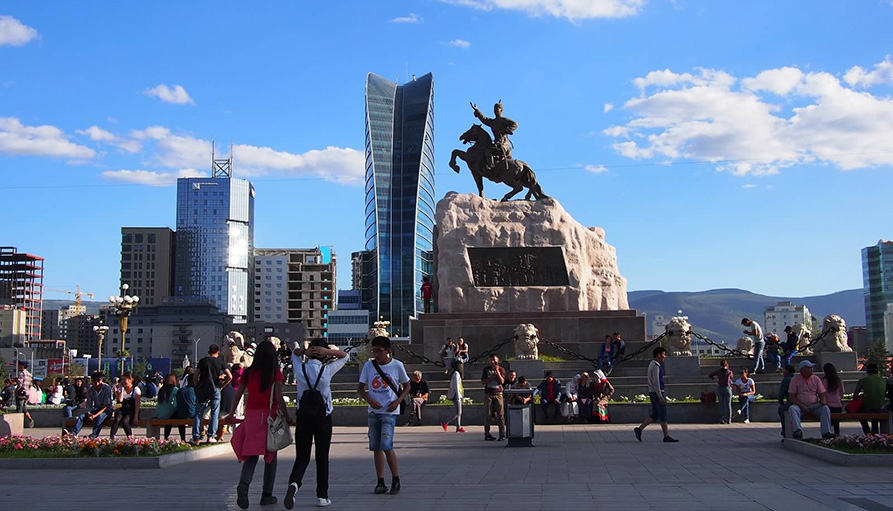 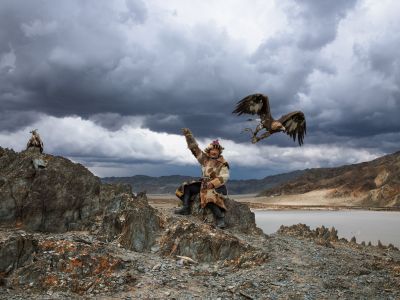 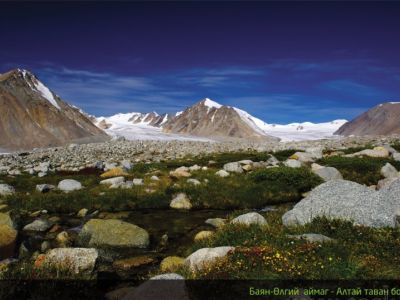 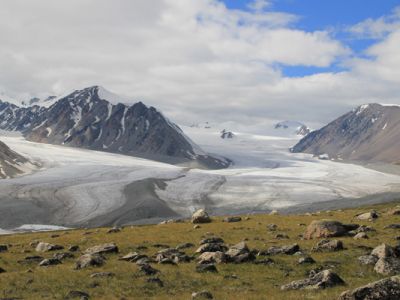 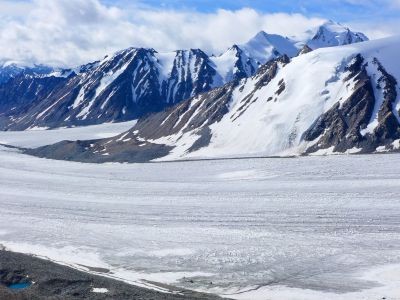 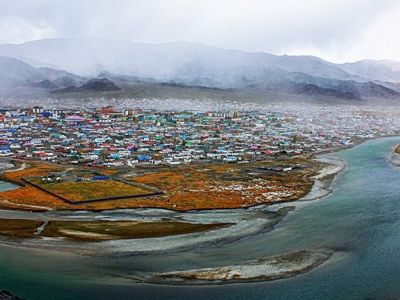 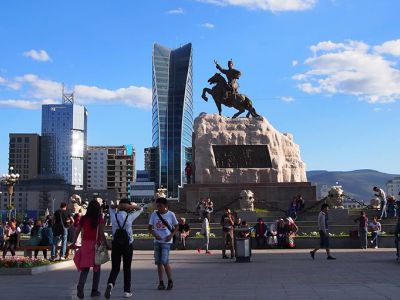