Dairy products are called “Tsagaan idee”, which means white food in English. Tsagaan idee differ greatly in variety and taste and include milk (regarded as the symbol of unselfishness, purity and kindness), urum (a thick layer of milky cream), Mongolian butter, aaruul (dried curds), and tarag (similar to yogurt). 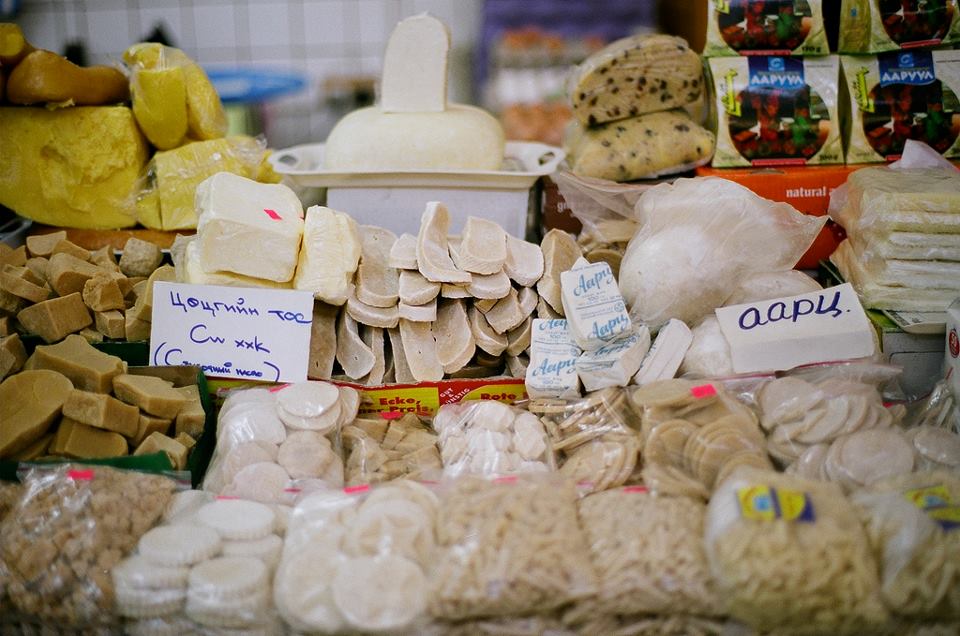 Mongolians make urum, also called white butter, from milk. After boiling milk over a gentle flame, the boiled milk is left until it is cooled down and a thick layer is built. 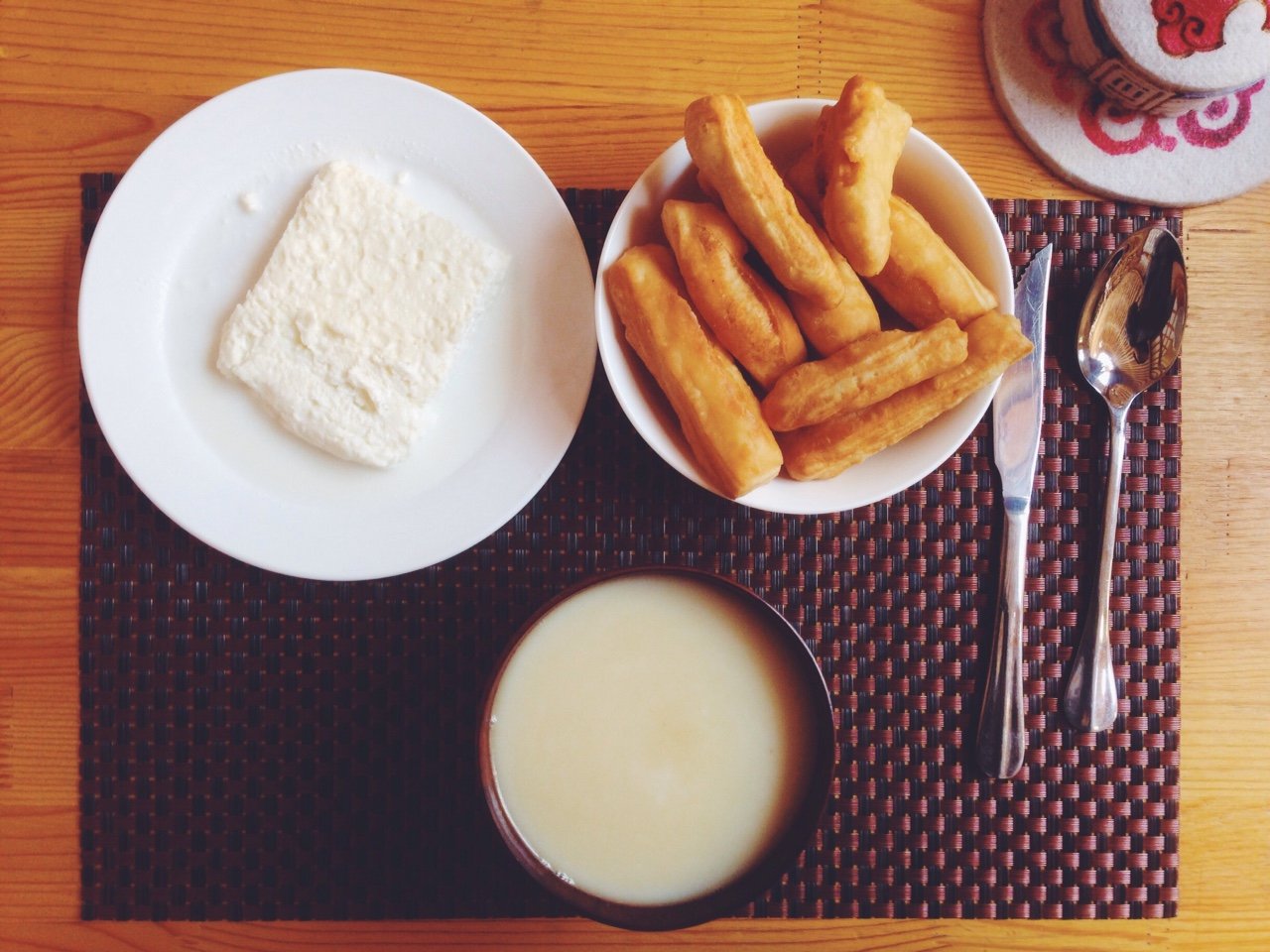 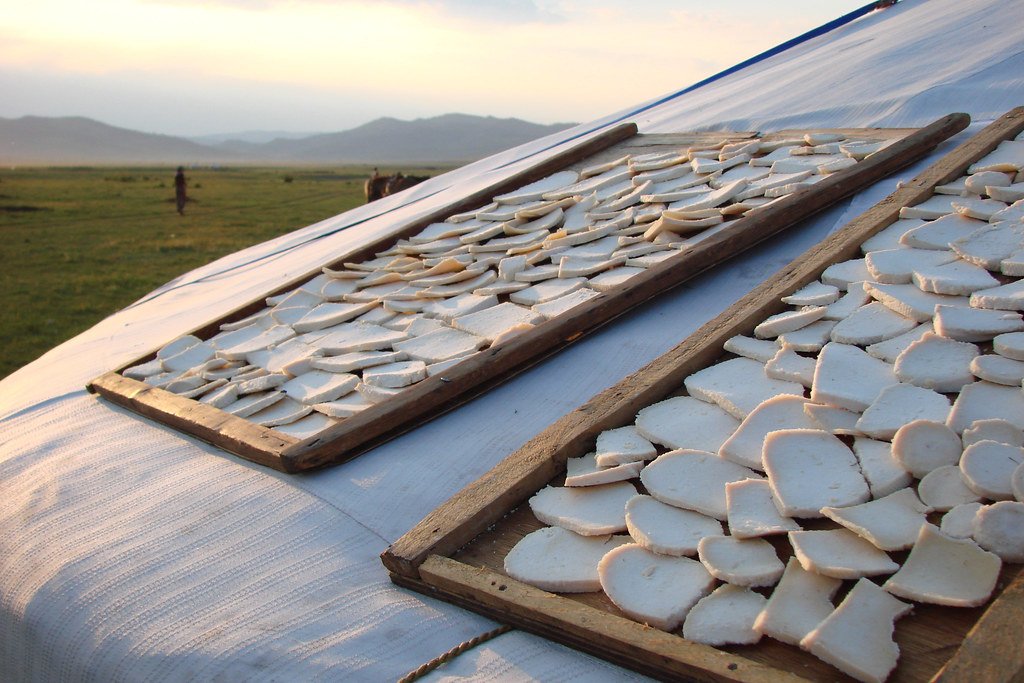 Scientists and doctors believe that aaruul is one of the factors responsible for the Mongol’s strong and healty teeth. Aaruul is curdled milk, dehydrated and thoroughly dried in the air and sun; the remarkable thing is that there is practically no limit to its shelf life.

In summer when everybody is relaxing and the cattle are out grazing and putting on fat, in herders gers one will find mare’s milk fermenting ant mellowing in large hide bags which are called khuukhuur for airag. Foaming, tasty airag in an important part  of Mongolians life and is a matter of freat care and pride; he whose airag turns out to be the best becomes famous far beyond his settlement. During Naadam (traditional summer holiday) the aromatic airag is sprinkled on the winning horse’s croup, and a cup of airag is presented to the champion wrestler. It gives strength and cheerfulness; it destroys pathogenic microbes in the intestines and helps to improve the body’s metabolism. Therefore, this medicinal beverage is included in the menu of the numerous health resorts in Mongolia. Of course, it would be wrong to say that airag is extremely popular only because it destroys microbes; airag is a slightly intoxicating drink and many who favour it, especially men, appreciate this invigorating quality. 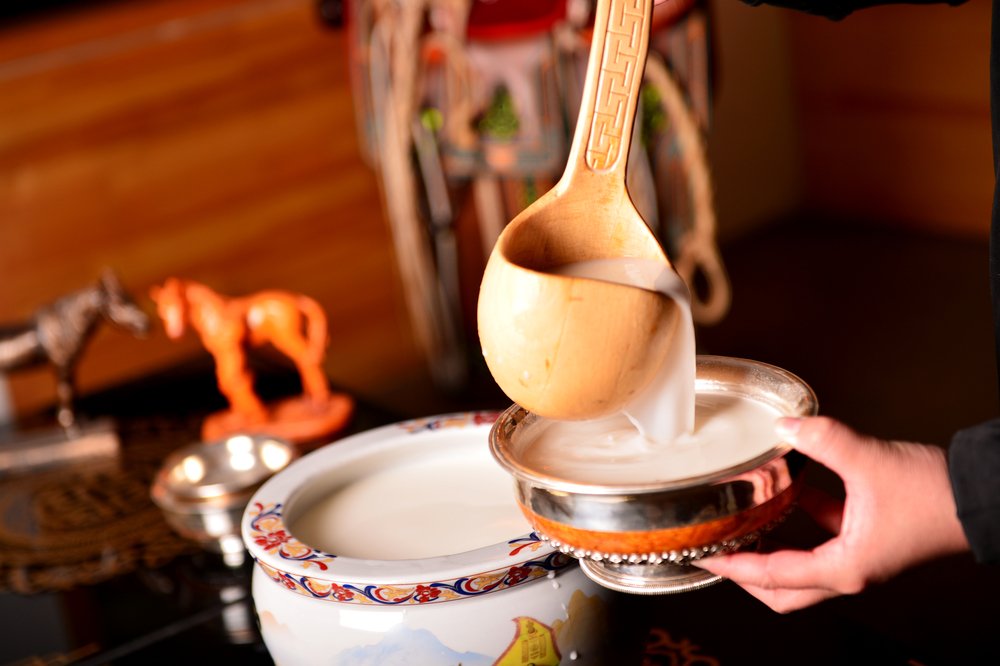 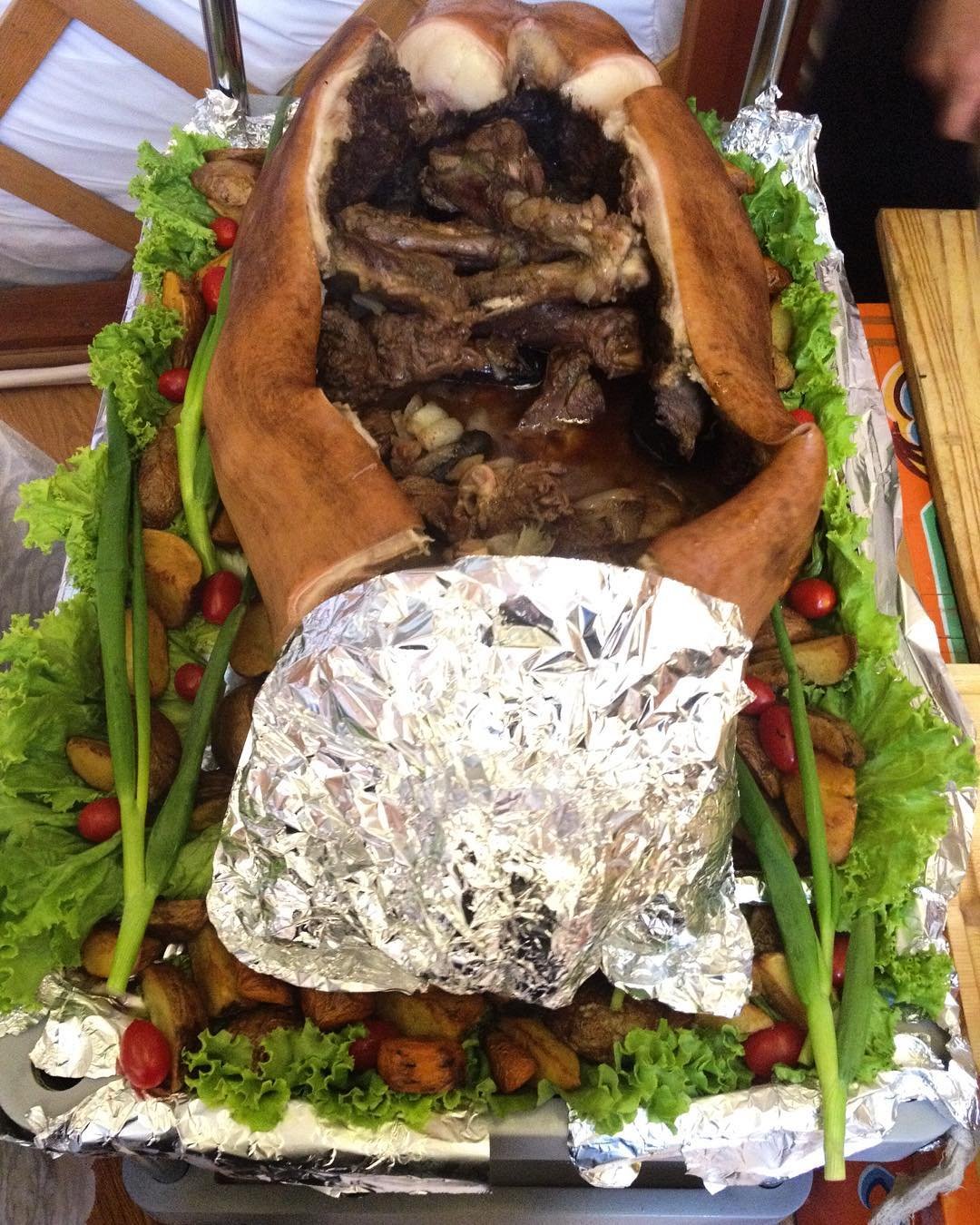 It is prepared from goat and marmot meat. After moving the bones and bowels from the skinned carcass through the neck, red-hot stones are put inside the carcass and the neck opening is closed. Then the carcass is barbecued. Meat roasted this way is tender, tasty and fragrant.

The Mongols nomadic way of life and the country’s climatic condition has given rise to specific methods of preserving meat. The most widespread one is air-drying, in Mongolian “borstlokh”. Beef is cut into long strips which are hung in the shade. The meat dries very quickly, becoming so hard that you can not cut it with a knife. Before using the dried meat (borts), it is powdered and put into boiling water. In minutes you have a nourishing broth. 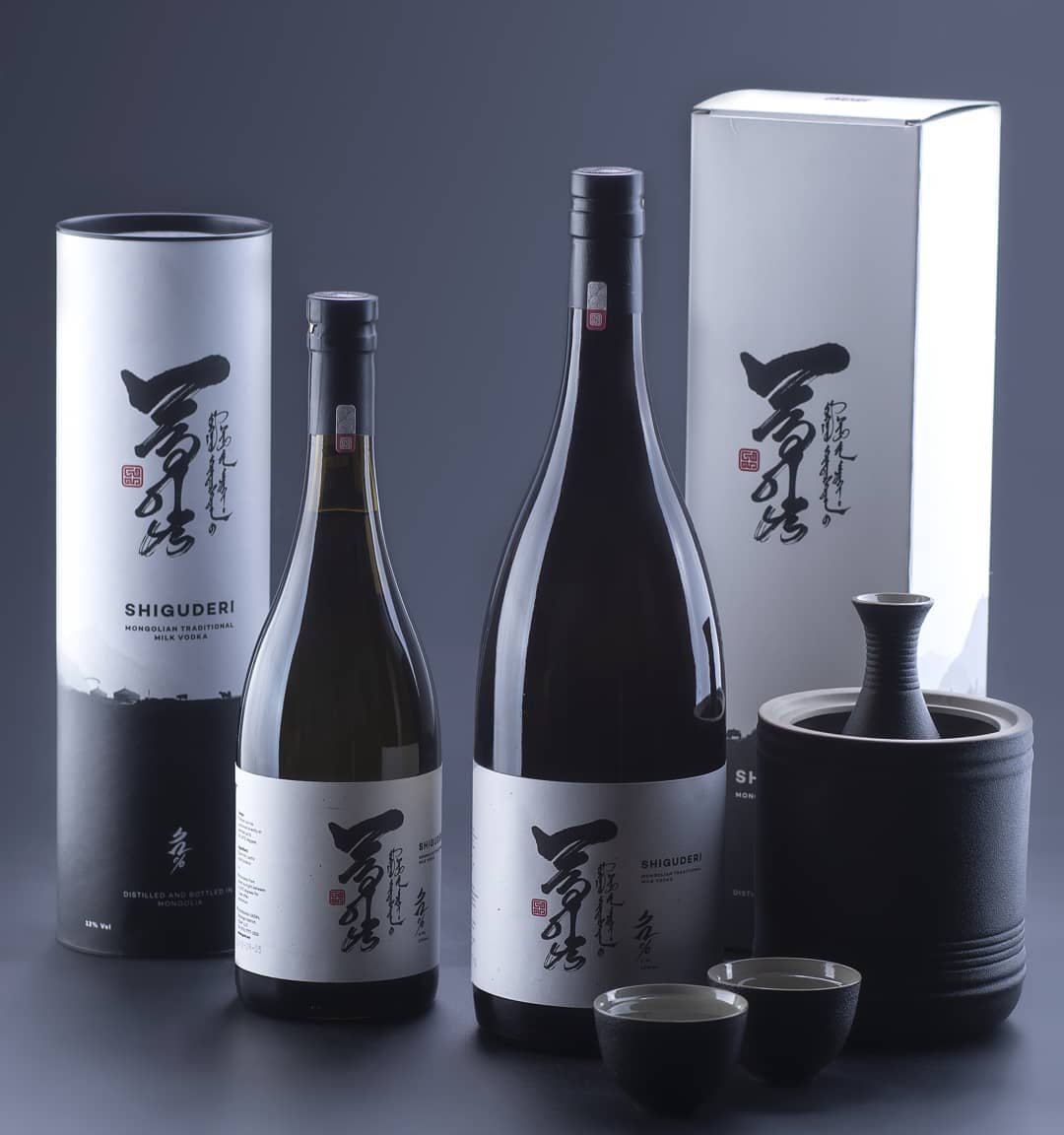 Mongols have made shimyn arkhi for many centuries, since the first Mongolia people, Huns. Making shimyn arkhi is a complex process and requires a lot of skill and the right matelials. The process of making shimyn arkhi has been passed down through many generations, from father to son, and mother to daughter.

First you will need a few important items: two bowls, (one large bowl and one slightly smaller bowl), a cylinder or bottomless barrel (the cylinder should fit snugly around the large bowl), a bucket, and of course a good fire. Another critical material is cow’s milk. Once the cows have been milked, the milk must be churned. The milk is churned 500-800 times, the more the better. The milk must be changed into buttermilk and yogurt. Next, a fire is made. Then the large bowl is placed over the fire and the yogurt is poured into the bowl. Immediately, the bottomless barrel is put over the large bowl and the smaller bowl is placed on the top of the barrel. The smaller bowl is then filled with water, the barrel remains empty. Inside the barrel is a bucket that hangs between the two bowls. This bucket is very important, because it catches the newly made arkhi.

Once the process is completed, the arkhi should be tested. A little bit of arkhi is poured out and thrown into fire. This is considered an offering to the God of fire. If the arkhi makes a flash (a blue flame) then the arkhi is good. As one can see, this is not a simple process; before shimyn arkhi can only be made in the countryside of Mongolia. But now Shiguderi, also referred to as a “Nermel” vodka, is made using the method of Traditional Mongol with the latest technology with years of scientific research, hard work and created by Mongolian scientists to ferment and distill the natural grass grazed milk to ensure relaxation. So you can buy Shiguderi mongolian milk vodka from big supermarkets.